A Niche of One 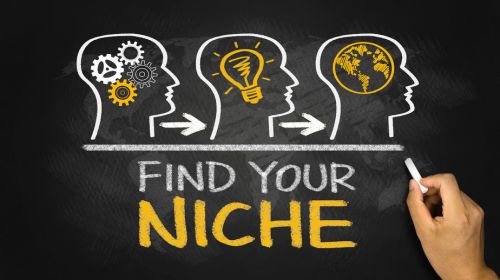 Some years ago, I was sitting at my computer one evening when I suddenly got up and stomped off in a huff.

“What’s the matter?” asked my niece Amy, a college professor who happened to be visiting.

“I was just mocked in an online discussion for using a so-called fancy word!” I fumed.

She was indignant on my behalf. “Hrmph! Just because these people have a second grade vocabulary,” she commiserated. “What was the word?”

She gave me a long look. Then: “I would have mocked you for that.”

I was reminded of this exchange yesterday when someone suggested my blog is a bit esoteric2. I suppose it’s possible that few others share my passion for annihilating pooping cartoon bears or the innovative ways people find to die in national parks. And given the response to my post on the joys of cyst-draining videos, that particular predilection is rare indeed (Dr. Pimple Popper’s 1 million followers notwithstanding).

But really, what can be expected from someone whose special area of interest in college was medieval cycle plays? (Oh, “Second Shepherd’s Play.” You so crazy!) And yes, I’m interested in language and words – especially ones that are hard to work into everyday conversation: “You know what this country needs? More concubinage3!” “Well, that’s strange; I seem to be experiencing a tintinnabulation4 in my ears.”

(I had a German professor who shared my delight in the sound of words and the feel of them on the tongue. I can still see his beady little eyes light up as he gleefully recited that famous example of that language’s propensity for compound-iness: Donaudampfschiffahrtsgesellschaftskapitän5!)

I have the impression that most other people do not wile away happy hours reading about neurological disorders – Alien Hand Syndrome, yo – or maintain a YouTube playlist of “Creepiest Sounds Ever Recorded Underwater.” 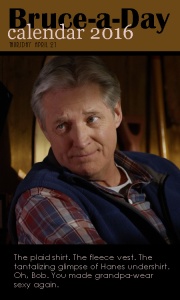 Maybe it’s not entirely common to collect wigs and cat-shaped teapots. And according to my mother, at least, spending one’s leisure hours creating a Bruce-a-Day calendar is not as productive as, say, cleaning out the basement.

For these reasons and many others, this blog will never enjoy the readership of The Pioneer Woman or the Huffington Post or Listverse (although Listverse, featuring topics like “10 Animal Trainers Viciously Killed on the Job” and “10 Historic Paintings That Clearly Show UFOs” would seem like a direct competitor for my demographic).

But that’s okay. I write mainly to amuse myself anyway. So I’ll continue musing about the things that interest only me and a half-dozen 13th century monks. Watch for my next thrilling post, when I definitively answer the burning question, “Just how many angels CAN dance on the head of a pin?”6

1 Verisimilitude: “the appearance or semblance of truth.” I used it in the course of a discussion of the character of Jack Deveraux on Days of Our Lives; in retrospect, this might not have been the best venue for a scholarly discussion.

2 Esoteric: “understood by or meant for only the select few who have special knowledge or interest.” Hey! I resemble that remark!

3Concubinage: “the state or practice of being a concubine.”

4Tintinnabulation: “the ringing or sound of bells.”

6How many angels can dance on the head of a pin is a derisive critique of scholasticism, a medieval school of thought that emphasized dialectical reasoning. Famous Scholastics include Peter Abelard (1079-1142), William of Ockham (1287-1347) and Thomas Aquinas (1225-1274).